This week, I had the chance to sit down with Charlie Ryan, CFP®, Principal of Atlantic Financial Planning, and ask him about planning for social security. Charlie is a Certified Financial Planner who concentrates on strategies to maximize Social Security benefits. Read on to hear what he has to say... 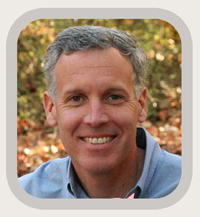 1. Can you briefly explain the file and suspend strategy for Social Security that was eliminated last year?

Under the old rules, filing for benefits and then suspending them (not collecting) was a way to “open” your Social Security account. Once opened, a spouse could then claim a spousal benefit from your account while you allowed your own retirement benefit amount to grow. The Bipartisan Budget Act of 2015 changed this provision. Under the new rules, suspending your own benefits will also suspend any other benefits paid to others (spouse, child) from your account.

2. Now that file and suspend has been eliminated, are there other strategies retirees can use to maximize benefits?

Yes, those born before January 1, 1954 can still file a restricted application for only spousal benefits once they reach full retirement age. They could then allow their own retirement benefit to grow and switch into them at a later age. The spousal benefit they were receiving would then stop. However, under the new rules, the other spouse must have claimed and be receiving their benefits before a spousal benefit can be claimed.

For those born after January 1, 1954, restricting an application to only spousal benefits is no longer an option. However, those in this group can still maximize lifetime household if it is kept in mind that the system is designed to be actuarially fair for a single person with average life expectancy. These people will receive approximately the same total lifetime benefits whether they are claimed at age 62, 70 or anywhere in between. According to the SSA 2014 Period Life Table, the life expectancy of a 62 year old man or women is 82 and 85 respectively. Those who believe that they will live well beyond that age will maximize benefits by delaying their claim.

3. In terms of dollars, how much of a difference can Social Security planning make to a retiree?

A single person with a full retirement age benefit of $2800 and a life expectancy of 87 would collect $82,000 more over a lifetime if they delayed to age 70 compared to a claim at 62. The breakeven would occur at approximately age 81. If he had a wife who was five years younger and also a life expectancy of 87, his age 70 claim would result in $154,000 more total lifetime household benefits.

4. What are some of the biggest mistakes people make with regard to their Social Security benefits?

Claiming early because they mistakenly believe that this will protect their savings. In reality, this will have the opposite effect over a lifetime. Yes, their savings will deplete at a faster rate until they make their delayed claim; say age 70. But then, due to the larger benefit, the depletion rate drops to a rate lower than the depletion rate that would accompany an age 62 claim. By their early 80’s this greater benefit amount will have allowed more savings to stay invested resulting in a larger savings balance than had they claimed at age 62.

Surprisingly, spousal benefits are sometimes completely missed. Remember that those born before January 1, 1954 can still restrict their application to only a spousal benefit while allowing their own to grow (assuming the other spouse has claimed and is collecting). I’ve met more than a few who could claim this benefit but weren’t aware of it’s existence.

5. When should someone begin planning their Social Security benefits and what's the best way to go about that planning?

A claiming strategy can and should be part of a comprehensive retirement plan. These strategies can be complex and the Social Security rules governing them very difficult to find (many are in the indecipherable Social Security Administration’s internal Program Operations Manual System (POMS)).  Therefore, it’s best to make use of specialized Social Security claiming software or work with a financial advisor who can do the analysis for you.